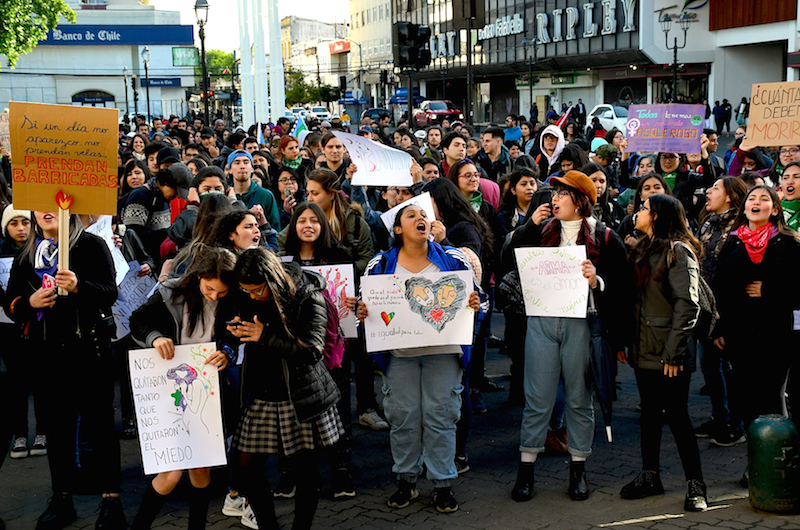 It’s been just over a month since feminists in Chile rose up in a general feminist strike, marking International Women’s Day on March 8. This year, two million of us overflowed the great boulevard and adjoining streets of downtown Santiago. It was the largest demonstration in our country’s recent history.

That Sunday morning, there were so many of us that neither the media nor the government knew how to count us all. The police underreported our numbers, but we maintained that fuimos más (we were more).

Those of us who organized it took the decision not to ask government authorities for permission to march. We did this both to reclaim our constitutional right to protest and to reject the government’s legitimacy, which we take as directly responsible for the systematic violation of human rights during Chile’s October revolts.

We knew that this day would be historic, that its impact would be fundamental to maintaining the momentum of the massive protests that erupted in October last year. We knew that throughout the country and all at once we would raise our voices together against state terrorism, the precaritization of our lives, and the manifold forms of violence we experience on a daily basis.