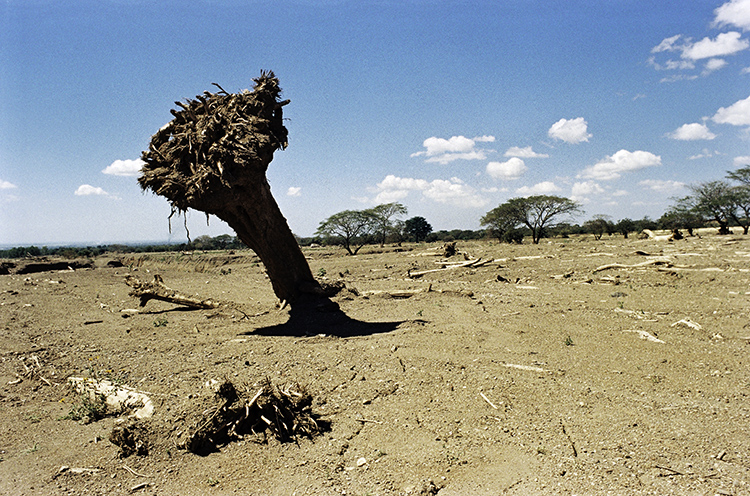 From the Photo Essay:

The following article was published twenty years ago in ACERCA NOTES when I was the coordinator of ACERCA (Action for Community and Ecology in the Rainforests of Central America). ACERCA’s findings cited climate change as one of the factors that exacerbated the tragedy caused by Hurricane Mitch. Climate change was not on the minds of many people twenty years ago. Little did I know then that climate change would be on so many people’s minds today and actually be recognized as a major threat to life on Earth if systemic changes do not happen economically and politically in the next twelve years.  – Orin Langelle

The Special Report was excerpted from the “Preliminary Report to the Nicaragua Network Environmental Task Force.”

From October 25 to November 2, 1998 Nicaragua suffered a full scale disaster with Hurricane Mitch. Action for Community and Ecology in the Rainforests of Central America (ACERCA) called for and organized an environmental justice fact-finding research delegation to the region co-sponsored by Witness For Peace). In the first part of February [1999], the ACERCA-WFP delegation traveled in Nicaragua to get an eye-witness account. The delegation was the first from the United States to look into environmental factors of the hurricane. The following information is from many sources.

← Activist Working to Stop Eucalyptus Plantations in Brazil Tortured and Murdered
Sympathy for the Devil: Thoughts on the New Nomination to Lead the World Bank →