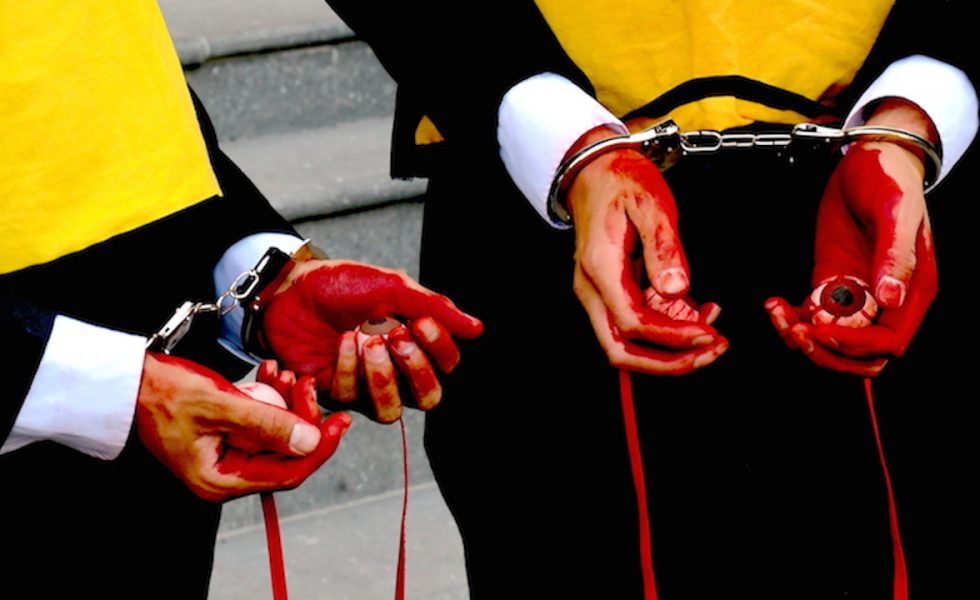 Note: In a tragic irony, #InternationalHumanRightsDay in Chile yesterday ended with a 15 year old girl in the hospital in critical condition and several others wounded at the hands of the violent Chilean National Police (carabineros).

Then today, 16-year-old #Greta Thunberg was named as Time Magazine‘s person of the year. Celebrating the power of youth. I wonder if either Time or Greta heard about the 15 year old girl in Chile put in the hospital with a critical brain injury by the same country running this year’s UN Climate Summit (COP25)–where Thunberg spoke today, after receiving the award, about the importance of outrage.

While Greta spoke about the power of outrage at COP25, it was not ironically cracking down on dissent and ejecting civil society groups en masse over a non-violent protest of ongoing inaction and injustice.  But why would this come as a surprise?  Chile holds the Presidency of the COP and Chile has shown itself to be utterly intolerant of protest–demonstrated by the 350+ eyes lost in protests, and again yesterday with another violent crackdown to celebrate human rights day–definitely the most violent we have seen since arriving in Santiago.

Why is Chile allowed to retain the Presidency of the COP in the face of endless human rights abuses? Where is the outrage?

The following photo essay by Orin Langelle, shot during the protests here in Santiago, Chile yesterday gives you an idea of what #HumanRights means in Chile, and the video that follows it, taken by our colleague Gary Hughes of Biofuelwatch demonstrates the fetish the Chilean police have for targeting medics–whose only purpose is to help the injured.

Depicting blood and eyeballs in the hands of the government

Hundreds of women march together into Plaza de la Dignidad

Tear gas canister fired from the truck in air before it lands in the streets. A canister like this struck a 15 year young woman in the demonstration and sent her to the hospital for surgery. She now is in critical condition.

Tear gas in the streets

Carabineros with shields between the police vehicles

After returning to our apartment in another part of the city in Santiago, this fire blockade, seen on the corner of San Diego and Sta. Isabel, was accompanied by protesters banging in rhythm on the metal barricade – rebellion and outrage spreading through the city. Passers by honked in time to show their support.

Photojournalist Orin Langelle takes a break by graffiti celebrating Victor Jara in Santiago, Chile. Langelle has been photographing the frontlines of the peoples’ rebellion in Chile. The musician Jara, a Chilean hero, was murdered by the regime of dictator Augusto Pinochet. photo: Petermann/GJEP