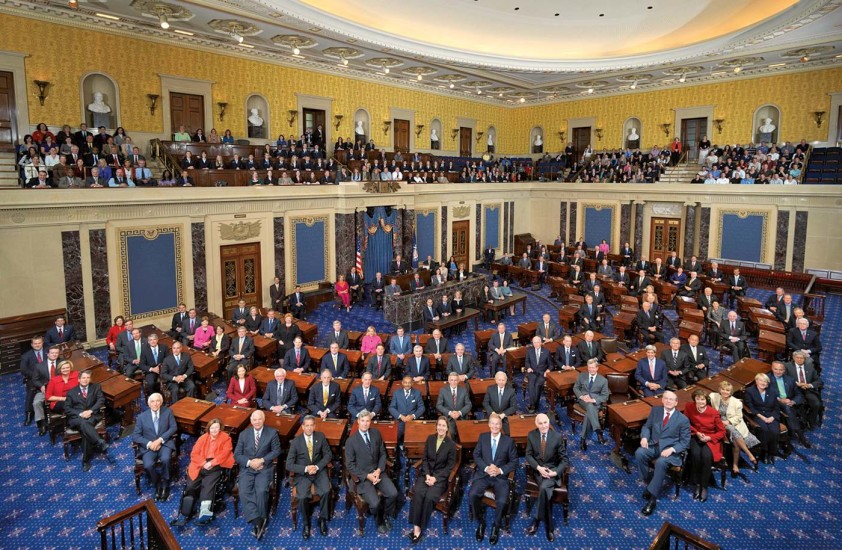 Agri-Pulse.com
WASHINGTON, Dec. 3, 2015 – Senators who have been trying to negotiate a compromise bill to block state GMO labeling laws say the issue is dead for this year. Agriculture interests and food companies have been holding out hope that compromise legislation could be inserted in a must-pass omnibus spending bill that is expected to be released next week.
“There is no bipartisan support to do anything on GMOs,” Sen. Debbie Stabenow told Agri Pulse Thursday evening. The Michigan Democrat said the issue would be a “top priority for me in January to get a bipartisan agreement.”
Industry sources who spoke with Senate Agriculture Chairman Pat Roberts, R-Kan., earlier Thursday were still holding out hope of a last-minute deal, saying he believes it is possible to place federal preemption language in the omnibus.  Stabenow, the top Democrat on the Senate Agriculture Committee, said earlier this week that the negotiations had broken down over resistance to a mandatory disclosure system. An industry source said labeling proponents were demanding that there be a special symbol or wording on food packages that contain biotech ingredients.
“All along the challenge was bringing the parties together,” said North Dakota Republican John Hoeven, who had been working with Stabenow on the issue. “I had hoped we could do that and get some consensus approach by year end, but at this point it doesn’t look we can do that, but we can continue to work on it.”
Industry officials have been saying that food companies needed to know by the first of the year whether they would have to comply with a Vermont labeling law that takes effect in July. Efforts are under way in other states as well to enact labeling requirements.
The food industry is launching a smartphone-based ingredient disclosure system that will allow consumers to scan a QR code on package labels to get information about a variety of product attributes, including biotech ingredients, farm production methods and allergens. The information also will be accessible on the web.
The Hershey Co. is the first company to adopt the SmartLabel and about 30 companies are expected to put information about GMO ingredients in the Smart Label system for about 20,000 products over the next couple of years.
Pro-labeling activists say the SmartLabel doesn’t address consumer demand for wording on the label and can’t be used easily by people without smartphones.   “Our view is that there should be a disclosure on the package that works for consumers,” said Scott Faber, executive director of the Just Label It coalition.  “Many consumers will look at a two-dimensional bar code and not realize that’s a way to get information about GMOs,” he said.
The House this summer approved a preemption bill, 275-175, but it didn’t mandate the electronic disclosure that Stabenow says is necessary for it to pass the Senate. The legislation she was negotiating would go beyond the House bill and require the Agriculture Department to define what breeding methods would be considered genetic engineering for purposes of disclosure.
Philip Brasher
Senior Editor
Agri-Pulse Communications
703-304-8483
@PhilipBrasher
Agri-Pulse.com
print