Glyphosate Causes Changes to DNA Function Resulting in Chronic Disease, According to Study

Note: One of the traits being engineered into trees is resistance to glyphosate.

A review of the scientific literature links glyphosate, one of the most popular weed killers in the U.S. and the active ingredient in Roundup, to a wide range of diseases through a mechanism that modifies DNA functioning, adding a new even more troubling dimension to the herbicide’s cancer classification by the International Agency for Research on Cancer. According to the most recent review, Glyphosate pathways to modern disease V: Amino acid analogue of glycine in diverse proteins, conducted by independent scientists Anthony Samsel, Ph.D. and Stephanie Seneff, Ph.D., a scientist at Massachusetts Institute of Technology (MIT), glyphosate acts as a glycine analogue that incorporates into peptides during protein synthesis. In this process, it alters a number of proteins that depend on conserved glycine for proper function. According to the authors, glyphosate substitution for glycine correlates with several diseases, including diabetes, obesity, asthma, Alzheimer’s disease, amyotrophic lateral sclerosis (ALS), and Parkinson’s disease, among others. 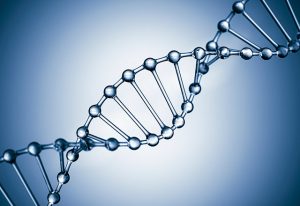 Glycine, the smallest amino acid commonly found in proteins, has unique properties that support flexibility and the ability to anchor to the plasma membrane or the cytoskeleton. This new direct biological evidence, taken together with correlational data, make a compelling case that glyphosate action as a glycine analogue accounts for much of glyphosate’s toxicity, according to the study. The authors find that glyphosate, as an amino acid analogue of  glycine, may  be  incorporated into polypeptide chains during protein synthesis. In doing so, it has an impact on the structure and function of the proteins. Proteins fold up, and glycine is a small molecule that is often found at the folding places. Since glyphosate is much larger, it prevents the protein molecule from folding properly, leading to the disruption of function of many  proteins with essential roles in metabolism and regulatory processes.

The article cites a number of ways that this affects humans and other organisms. According to the study, the consequences of this action can lead to impaired fatty acid release leading to obesity, impaired insulin receptor response leading to diabetes, impaired one-carbon metabolism leading to neural tube defects and autism, impaired cell cycle control during DNA synthesis, and disregulated phosphorylation cascades leading to cancer, lung disorders, and autoimmune diseases.

Stephen Frantz, Ph.D., a pathobiologist research scientist explains it like this: “When a cell is trying to form proteins, it may grab glyphosate instead of glycine to form a damaged, mis-folded protein. After that it’s medical chaos. Where glyphosate replaces glycine, the cell can no longer conduct business as usual causing unpredicted consequences with many diseases and disorders as a result.”

The release of this study comes on the heels of several other discussions and actions on glyphosate that have taken place over the past few weeks. Last month at a Congressional briefing sponsored by U.S Representative Ted Lieu, a delegation of independent scientists including this study’s authors, presented their findings, urging lawmakers to call on the EPA to ban RoundUp, Monsanto’s flagship herbicide. Beyond Pesticides participated on the panel, providing testimony on the impact of glyphosate on soil systems, as well as the unreasonable risk it poses to humans, animals, and the environment. Following the congressional briefing, scientists spoke at a closed meeting with the Environmental Protection Agency (EPA), explaining the biochemical and physiological reasons why exposure to glyphosate, the active ingredient in RoundUp, is linked to autism, Alzheimer’s, cancer, birth defects, obesity, and gluten intolerance, among other health issues. EPA’s Office of Pesticide Programs’ Deputy Director and his staff met with the panelists and provided an overview of EPA’s registration process for glyphosate. EPA staff had some interest in the information presented, which was forwarded to relevant staffers. However, EPA indicated that much of the information provided may not impact their current risk assessment for glyphosate, which is expected sometime in 2017.

Glyphosate, created by Monsanto, is touted as a “low toxicity” chemical and “safer” than other chemicals by industry. But glyphosate has been shown to have detrimental impacts on humans and the environment. Given its widespread use on residential and agricultural sites, its toxicity is of increasing concern. In early 2015, glyphosate was classified by the World Health Organization’s (WHO) International Agency for Research on Cancer (IARC) of as a “probable human carcinogen.” Just a few months later, a study published in Environmental Health News found that chronic, low-dose exposure to glyphosate led to adverse effects on liver and kidney health. Roundup formulations can also induce a dose-dependent formation of DNA adducts (altered forms of DNA linked to chemical exposure, playing a key role in chemical carcinogenesis) in the kidneys and liver of mice. Human cell endocrine disruption on the androgen receptor, inhibition of transcriptional activities on estrogen receptors on HepG2, DNA damage and cytotoxic effects occurring at concentrations well below “acceptable” residues have all been observed.

Roundup also harms crops’ ability to capture carbon from the air, an important factor in fighting climate change. “Glyphosate negatively affects the soil microbiome,” said Frantz. “It is destroying the ability of soil to be a nutritive medium for producing crops. Organic or biological regenerative agriculture is the solution for the sustainable agricultural sector and will conserve soil, air and water quality, and sequester carbon that helps to mitigate the climate crisis. We call for a ban on glyphosate.”

Beyond Pesticides urges individuals concerned about glyphosate exposure to support organic systems that do not rely on hazardous carcinogenic pesticides. In agriculture, concerned consumers can buy food with the certified organic label, which not only disallows synthetic pesticides like glyphosate, but also the use of sewage sludge and genetically engineered ingredients. Beyond Pesticides also urges the adoption of organic lawn and landscape programs.