Posted on February 5, 2019 by Anne Petermann 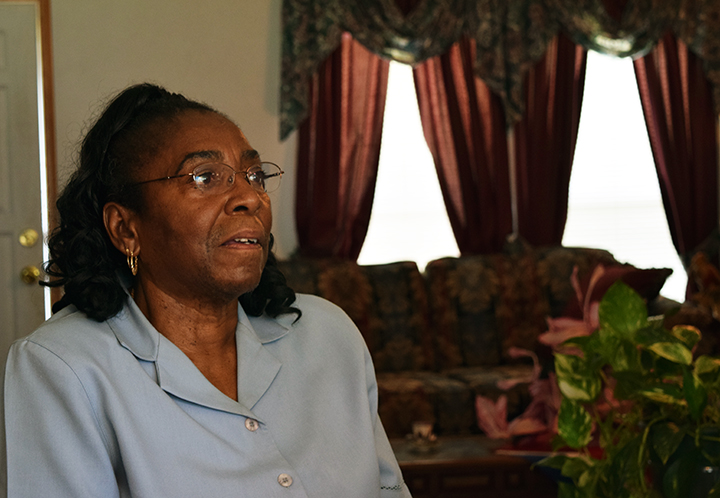 The home of Union Hill resident, Ella Rose is just 150 ft from the property where the 50,000 HP compressor station is to be built. It is one of three compressor locations for the Atlantic Coast Pipeline – if the ACP is not stopped.   Photolangelle.org

Buffalo, NY–Global Justice Ecology Project released this statement today regarding Governor Ralph Northam (D-Va.) and the racist photographs that recently surfaced. Governor Northam has been denounced and asked to resign by other politicians and citizens.

“Whether VA Governor Ralph Northam was or was not in a racist photo from decades ago, to me is not the most important question regarding the man’s racist tendencies. It is also his current actions that must be taken into account.

“One only has to look at Union Hill, VA to see that Northam is still a racist, and a potentially deadly one.

“Northam is refusing to stop Dominion Energy’s Atlantic Coast Pipeline natural gas compressor station slated to be built in Union Hill, an historic community founded by freedmen and emancipated slaves after the Civil War. One mishap at that compressor station could be deadly to residents of that predominantly African-American community.

“Would he have allowed it to be built in one of the affluent white suburbs of Richmond?”

NOTE: Of particular concern was the placement of a compressor station in the historic community of Union Hill. The controversial placement was not only criticized by the Governor’s own Advisory Council, which he not only ignored but reportedly threatened to terminate because of its criticism of the project. Also Governor Northam was widely criticized for the shocking replacement of two members of the council who had been critical of the Governor prior to the vote to place the compressor in Union Hill.