Buffalo, New York (US) – The film A Darker Shade of Green: REDD Alert and the Futur 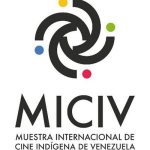 e of Forests, produced by Global Justice Ecology Project and Global Forest Coalition, has been chosen to take part of the official selection of the 2nd International Indigenous Film Showcase of Venezuela (MICIV) 15 – 19 June 2014.

“We are honored to have the film chosen for the International Indigenous Film Showcase where it will highlight Indigenous Peoples’ concerns about REDD (Reducing Emissions from Deforestation and Forest Degradation) at a time when hearing these voices is crucial as business as usual continues,” stated Anne Petermann, Executive Director of Global Justice Ecology Project.

As the UN, World Bank, and corporate elites push their new “Green Economy,” A Darker Shade of Green: REDD Alert and the Future of Forests exposes a scheme that could be the largest land grab of all time.

“A Darker Shade of Green provides a powerful account of how the commodification of forests through carbon offset markets and REDD policies is triggering land grabbing and other injustices amongst Indigenous Peoples and local communities,” states Simone Lovera, director of the Global Forest Coalition.

The film also describes the current climate crisis as, “The new normal.”

The 2nd International Indigenous Film Showcase of Venezuela is organized by the Wayaakua Foundation, and is made possible thanks to the efforts of various communication collectives, the support of the National Autonomous Cinematography Center (CNAC), and the National Cinematheque Foundation (FCN).

A Darker Shade of Green includes interviews and testimonies from Chiapas (Mexico), Acre (Brazil), and California (US), as well as India, Indonesia, Nepal, Panama, the Philippines and Uganda. These statements highlight Indigenous resistance to REDD and reveal threats to the future of forests globally.

Films will be screened in alternative venues, indigenous communities, universities, and non-profit outreach events organized by the Showcase.

A Darker Shade of Green: REDD Alert and the Future of Forests