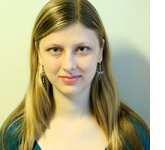 A New York woman may lose her arm after being hurt in a showdown with police while protesting the Dakota Access Pipeline in North Dakota.

Sophia Wilansky, a 21-year-old from the Bronx borough of New York City, suffered traumatic injuries to her left arm early Monday, allegedly as the result of police firing concussion grenades at the protesters.

Wilansky was previously arrested by Williston police during a protest against a Vermont Gas Systems pipeline.

Wilansky had surgery Monday as doctors sought to save her arm, said Alex Lundberg, a friend of hers who lives in Burlington and is in Minneapolis aiding protesters.

The explosion “blew the bone out of her arm,” Wayne Wilansky, Sophia Wilansky’s father, said during a news conference Tuesday outside the medical center in Minneapolis where she was taken by helicopter from the protest site.

Morton County (N.D.) Sheriff’s Office representatives denied to the Los Angeles Times that officers had used grenades against protesters. Nothing officers used could cause such severe injuries, a police spokeswoman said, speculating that Sophia Wilansky had injured herself while constructing an explosive. Police have not brought any explosives-related charges against protesters.

Wayne Wilansky said police appear to be employing violence as a way to discourage others from joining the protest.

In early June, Sophia Wilansky joined a group of Vermonters who protested the 41-mile Vermont Gas Systems natural gas pipeline to Addison County, said Alex Prolman, of the environmental advocacy group Rising Tide Vermont. Sophia Wilansky locked herself to a piece of heavy machinery in that action, forcing Williston firefighters to cut her free and leading to her arrest.

The Dakota Access Pipeline would carry crude oil from North Dakota to Illinois.

The Morton County Sheriff’s Office did not answer repeated calls from VTDigger for comment.