Extinction Rebellion Shuts Down London Bridges to Save Mother Earth 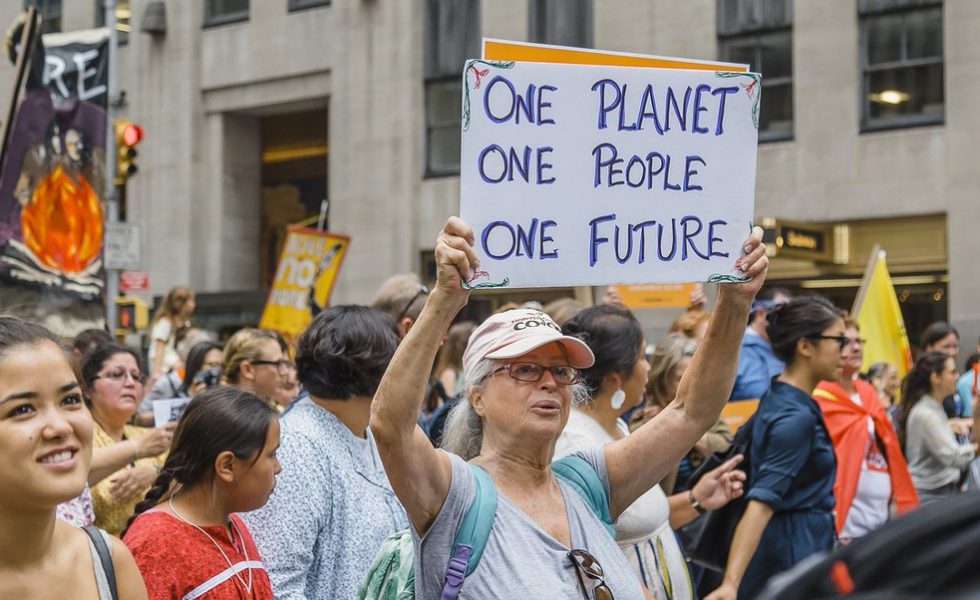 Mass arrests resulted on Saturday as thousands of people and members of the ‘Extinction Rebellion‘ movement—for “the first time in living memory”—shut down the five main bridges of central London in the name of saving the planet, and those who live upon it, from destructive over-consumption, runaway greenhouse gas emissions, and the ongoing failure of global leaders to address the compounding and intensifying threats.

“The ‘social contract’ has been broken … [and] it is therefore not only our right, but our moral duty to bypass the government’s inaction and flagrant dereliction of duty, and to rebel to defend life itself,” Gail Bradbrook, an Extinction Rebellion organizer, explained to the Guardian.

Tiana Jacout, another protest organizer, told the BBC that shutting down the bridges was “not a step we take lightly,” but “if things continue as is, we face an extinction greater than the one that killed the dinosaurs” millions of years ago.

“We have tried marching, and lobbying, and signing petitions,” she added. “Nothing has brought about the change that is needed.”

“We are peacefully standing up for the Earth and for humanity,” Cecelia B of Extinction Rebellion, declared in a statement. “People are dancing and singing and making new friends. This is a joyful rebellion and this is what the future looks like.”

“We are facing an unprecedented global emergency,” Extinction Rebellions separately states on its website. And with the government failing to act and the planet’s survival at stake, the group says “it’s going to take everything we’ve got.”

On the Waterloo Bridge, one speaker told participants: “Let’s do what it takes… good planets are hard to find.”

“We refuse to bequeath a dying planet to future generations by failing to act now. We act in peace, with ferocious love of these lands in our hearts. We act on behalf of life.”
—Extinction RebellionThe protesters’ call on UK elected leaders includes three demands:

In the initial declaration of purpose that informs the group’s ongoing actions, Extinction Rebellion states its belief that the current moment is humanity’s “darkest hour,” but that hope and time remains to change course if people decide to act urgently in accordance with the scale of the threats.

“Humanity finds itself embroiled in an event unprecedented in its history. One which, unless immediately addressed, will catapult us further into the destruction of all we hold dear: this nation, its peoples, our ecosystems and the future of generations to come,” the document reads. “The science is clear: we are in the sixth mass extinction event and we will face catastrophe if we do not act swiftly and robustly.”

And concludes: “We refuse to bequeath a dying planet to future generations by failing to act now. We act in peace, with ferocious love of these lands in our hearts. We act on behalf of life.”