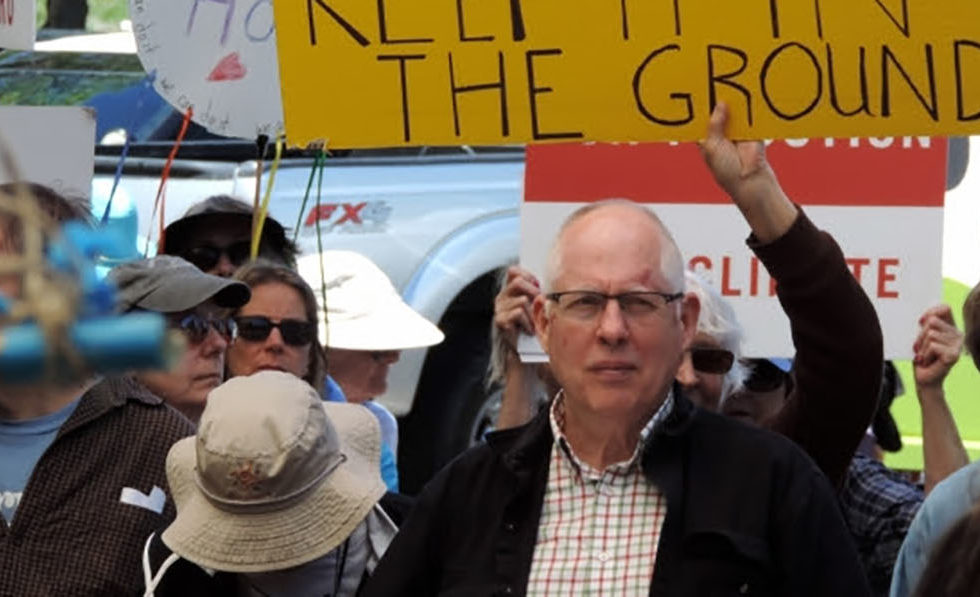 At the Interstate Oil and Gas Compact Commission (IOGCC)‘s 2016 meeting in Denver, Colorado this week, a representative from a prominent oil and gas lobbying group advocated that auctions of federal lands should happen online “eBay”-style — a clear attempt to shut the public out of the bidding process for fossil fuel leases on public lands.

Speaking on public lands issues in front of IOGCC’s public lands committee, Kathleen Sgamma — Western Energy Alliance’s (WEA) vice president of governmental affairs — compared environmental groups’ Keep It In The Ground campaign actions atU.S. Bureau of Land Management (BLM) bids to a “circus.” Sgamma said WEA was in contact with both BLM and Congressional members to push the auctions out of the public sphere and onto the internet.

DeSmog, which attended the IOGCC meeting, recorded the presentation and has made it available here: published it online

Sgamma opened her statement on the Keep It In The Ground “circus” by pointing to the fact that BLM has already compared the activism, in testimony delivered to Congress (beginning at 54:30) on March 23, 2016, with the right-wing militia that occupied the Malheur National Wildlife Refuge’s public lands plot in Oregon.

Sgamma also revealed that WEA has a counter campaign that it will launch soon to oppose Keep It In The Ground.

Here is a partial transcript of Sgamma’s statement (beginning at about 19:55 in the audio):

So Western Energy Alliance is planning some counter-efforts with Keep It In The Ground which we’ll be announcing probably later this month. We’ve also been working with BLM and Congress to say ‘Let’s just get rid of this circus, let’s just have online auctions. eBay is out there, it can be done.’ So BLM has also expressed concern for its employees as well. In fact, BLM Director [Neil] Kornze, in a hearing a couple months ago, was asked about all of these protests and even equated these protests with the militia who shut down and occupied the Malheur Wildlife Reserve in Oregon. So BLM is likewise concerned about the safety of its employees and it put in place security measures at last week’s auction. But, what we’re saying and what a lot of people are saying is, ‘Let’s just get rid of the circus. Let’s do online auctions.’ So hopefully BLM is compelled even more after Thursday to move in that direction.

The “Thursday” Sgamma referred to was an action that took place near Denver at a May 12 BLM auction occurring under the fold of “Break Free,” a rolling wave of anti-fossil fuel actions conducted worldwide between May 3 and May 15, 2016. It was after that meeting that Sgamma began calling the Keep It In The Ground campaign a “circus,” referring to it as such in a quote given to The Denver Post, and calling for its “end” by implementing online auctions.

WEA’s over 400 oil and gas industry members include many of the same companies that funded IOGCC’s meeting: XTOEnergy (an ExxonMobil subsidiary), ConocoPhillips, Devon Energy, Noble Energy, Marathon Oil, Anadarko and others. It was at a WEA meeting in 2014 that Rick Berman stated in a speech that the oil and gas industry is waging an “endless war” against environmental advocates, and that it has to “play dirty to win.”

Keep It In The Ground is a campaign whose basis is that fossil fuels on public lands must be left in the ground due to the science-based climate change costs inherent in not doing so. IOGCC, which claims concern about “protecting health, safety and the environment” in its mission statement, has gone on the record to say it has no stance on climate change.