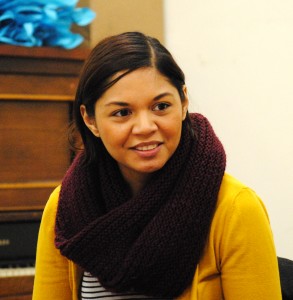 This week’s Earth Watch guest on the Sojourner Truth Radio Show with Margaret Prescod was Sherrie Andre. Sherrie has just returned from her second visit to Standing Rock where she has worked for a cumulative 2 months as a medic – providing general care to those at camp as well as responding to actions.

Sherrie co-founded FANG: Fighting Against Natural Gas, now know as The FANG Collective in 2014. She has organized around migrant rights, reproductive justice, indigenous rights and has been an advocate for survivors of sexual assault and domestic violence.

Sojourner Truth with Margaret Prescod is a public affairs program that airs Tuesday through Friday on KPFK Radio from 7 to 8 AM (PST).