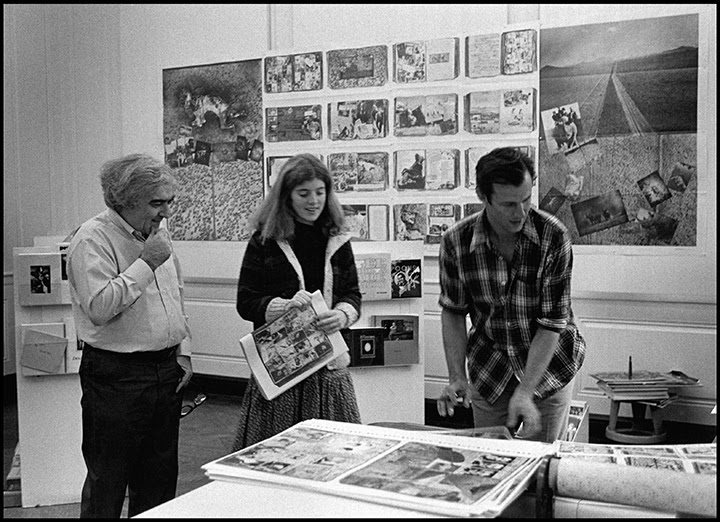 Peter Beard installing his one-person show at the International Center of Photography in Manhattan (1977) Photo: Langelle

On Monday, The New York Times reported that photographer, artist and ecologist Peter Beard had died at the age of 82.

Beard’s striking photography was published in “The End of the Game,” in 1965. The book, which became a renowned exhibit, documented the demise of Africa’s wildlife, especially the elephant.

While working at Tsavo National Park in Kenya, Peter photographed more than 35,000 dead elephants and 5,000 rhinos in a decimated landscape. He blamed white conservationists.

He wrote, “For centuries … bow hunters lived, and lived well, among the elephants and rhinos. A natural order was established… They all were surviving nicely, in balance until the white man came along to save them. The whites staked out protective boundaries, arrested the hunter-gathers and upset the balance. Concentrated populations of reproducing pachyderms overpopulated and overate their food supply. Disaster was then at hand.”

Peter Beard’s groundbreaking expose of the devastating impacts of well-meaning but ill-informed conservation, is just as relevant today.