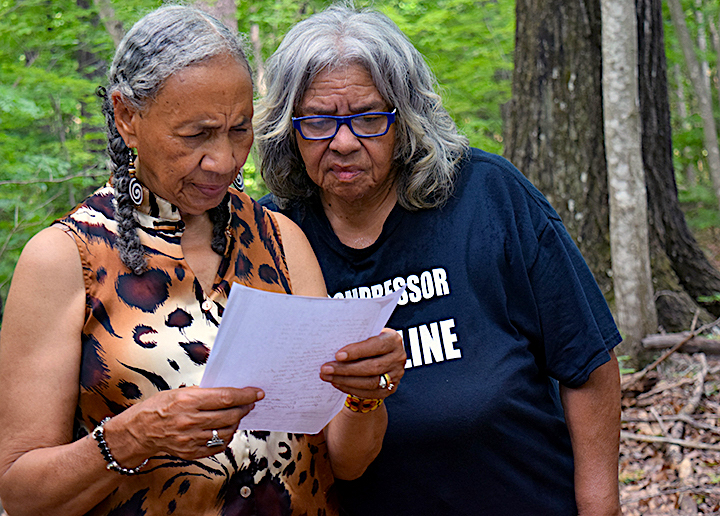 Residents of Union Hill, VA review the names of those interred at a recently uncovered slave and freedman cemetery, on top of which the ACP compressor station was planned to built.  Photo: photolangelle.org

After six long years, this week the $6 billion 600 mile Atlantic Coast pipeline was shelved. The pipeline would have bored through mountains, destroyed 4,500 acres of forest, and crossed more than 1500 water bodies. Construction to clear a corridor for the pipeline was initiated even though the project was never approved.

The Atlantic Coast Pipeline was environmentally devastating and blatantly racist. Virginia’s Environmental Justice Committee determined the pipeline had “disproportionate impacts for people of color and for low-income populations.” The freedman community of Union Hill, where a massive compressor station connected to the pipeline was planned is 84% African-American, rural and lower-income.

Ella Rose, whose home was next door to the planned site of the compressor station, and within the zone of total destruction if it blew up stated, “I feel that all the hard work that all of us have done was finally for good. I feel like I have my life back. I can now sleep better without the worries that threatened my life for so long.”