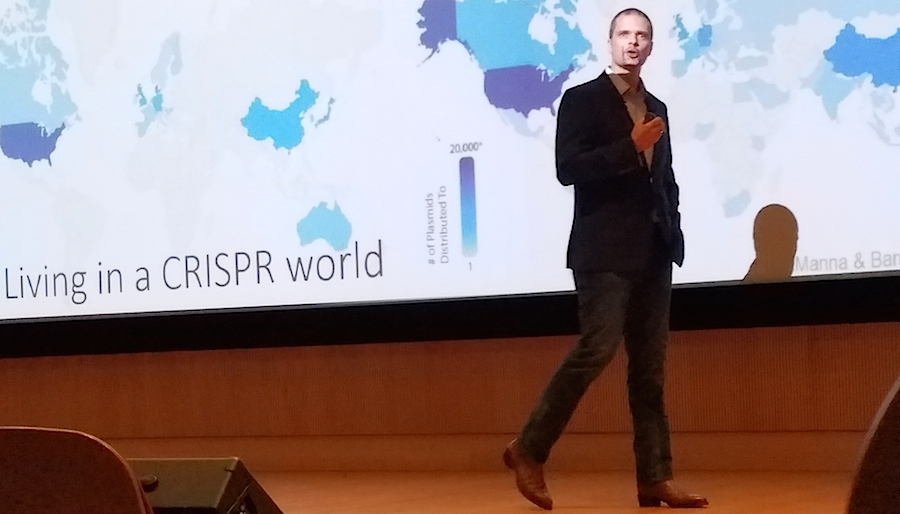 Trees to Solve the World’s Problems?

This report examines events and research publicized between 23 June and 4 July 2019 that discuss the mass-use of trees to enable the unsustainable lifestyles of the world’s top 1% in the face of looming ecological catastrophe: from trees genetically engineered to feed the “green” manufacture of energy, plastics and chemicals; the planting of trillions of trees to reduce global atmospheric carbon levels; and “reforms” to the economic system to allow future profit-making under the guise of biodiversity protection.

The three events where these proposals were brought out were the International Union of Forest Research Organization’s 2019 Tree Biotechnology Conference 23-29 June at North Carolina State University in Raleigh, The Global Tree Restoration Potential, a new study published on 4 July in Science, and the launch of Business for Nature initiatives in China and Norway on 2 July.

New Deal for Nature: Paying the Emperor to Fence the Wind

The conservation industry says 2020 is its “super year.”[1] It wants to set aside thirty percent of the globe for wildlife, and divert billions of dollars away from reducing climate change and into “natural climate solutions.”[2] This would be a disaster for people and planet. Conservation was founded in the racist ideology of 1860s USA but it committed thirty years ago to becoming people-friendly. It hasn’t happened. There will be more promises now, if only to placate critics and funders like the U.S. and German governments, and the European Commission, which are paying for conservation’s land theft, murder and torture.[3] More promises will be meaningless. No more public money should go for “Protected Areas” until the conservation bodies recognize their crimes, get rid of those responsible, and hand stolen lands back, with compensation. Conservation NGOs must also stop cozying up to mining, logging, oil, and plantation companies.

The latest idea to be heavily promoted by big conservation NGOs is doubling the world’s so-called “Protected Areas” (PAs) so that they cover thirty percent of the globe’s lands and oceans. This is now their main rallying cry and response to two of the world’s biggest problems – climate chaos and loss of biodiversity. It sounds good: It’s easy to grasp and has numbers that are supposed to be measurable, and advertisers do love numbers.

What better answer to climate change and biodiversity loss than to ban human “interference” over huge areas? If, that is, you think “everybody” is guilty of causing both crises and that everything’s solved by keeping them away. The idea’s been around for years, but now governments and industries are promoting it to the tune of billions of dollars,[4] so it’ll be difficult to oppose. But it’s actually dangerous nonsense which would have exactly the reverse effect to what we’re told, and if we want to save our world, it must be stopped.

Let’s be clear that cutting destructive pollution globally is vital for the climate, and that stopping industrial exploitation of unspoiled areas is essential for the flora and fauna, and the physical and mental health of inhabitants and visitors. None of that is disputed, but these are not the arguments advanced for asserting the right of this “New Deal for Nature” to more taxpayers’ cash. It’s a marketing gimmick designed to funnel even more money to those who have for decades demonstrated their failure to mitigate either climate change or biodiversity loss.