Carbondale, IL – Cade Bursell, a professor of cinema and photography at Southern Illinois University Carbondale announced her new documentary, Shawnee Showdown Keep the Forest Standing, is soon to be released.

The film documents the struggle by environmentalists that won a prohibition on logging, and oil and gas drilling in 1996 that stood until 2013.

The film addresses both the tenacious protests and legal efforts that brought about the 17-year prohibition and features past and current interviews with area residents who were central to those campaigns.

Images and news clips from a 79-day logging road blockade near Murphysboro in 1990 figure prominently in the film. The blockade garnered regional and national media attention with protesters burying themselves up to their necks in the path of logging equipment and one protester being removed by blow torch from a piece of heavy equipment after locking himself by the neck with a bicycle lock.

Orin Langelle, a Global Justice Ecology Project photojournalist, documented the protests and has numerous photographs in the film. Langelle told the Southern Illinoisan in its March 13, 2019 story about his photos of the blockade,” It brought people in the community together. The response was so, so good. That’s why, I think, the Springfield newspaper called it ‘a popular uprising.’”

Bursell, who has screened her works in numerous countries, hopes the film starts a discussion or even debate about the use of public lands. “This is a story about a place-based movement and community activism that stopped logging on public lands. It has faded a bit from public awareness after thirty years, but with logging returning to the Shawnee it is time to remember that history and start discussing once again the role of public land and what we value as a community.” Bursell who expressed disappointment in recent public meetings organized by the Forest Service added, “it is a conversation that the Forest Service really does not want to have in good faith, so there needs to be more robust discussion amongst citizens and regional stakeholders.”

The Shawnee National Forest has historically found allies in the nation’s Capitol. Then Congressman Glenn Poshard came to support protesters as they were arrested at the logging site known as Fairview in 1991. Today, the Shawnee National Forest is again part of a legislative campaign. Shawnee Forest Defense is coordinating a letter writing campaign to both of Illinois’ US Senators to again spare the Shawnee from logging and other environmental degradation. 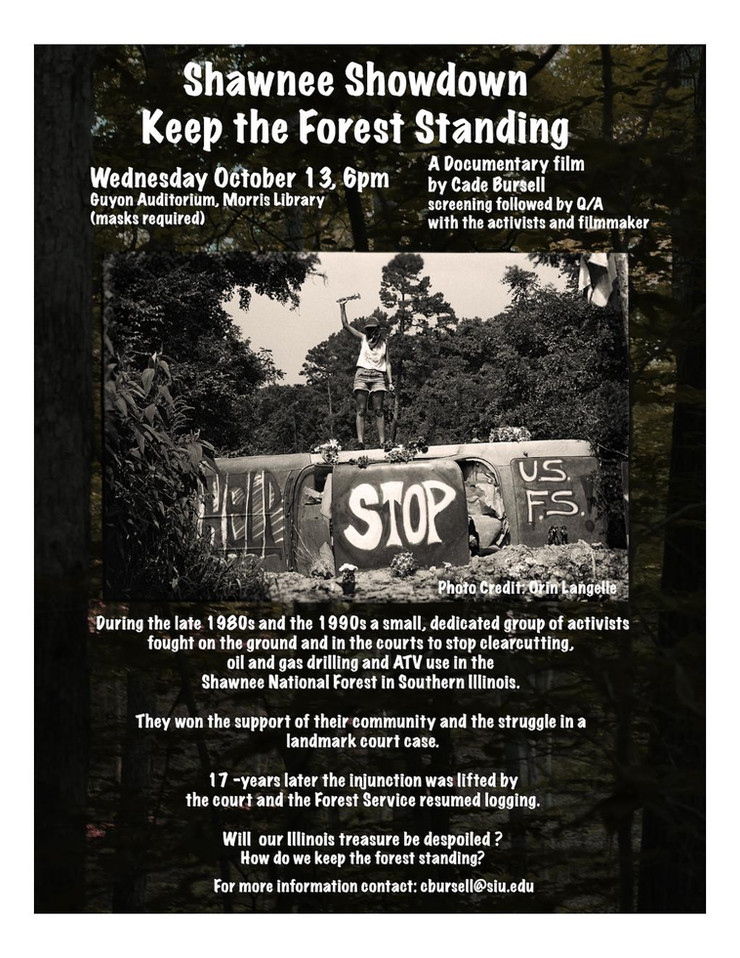