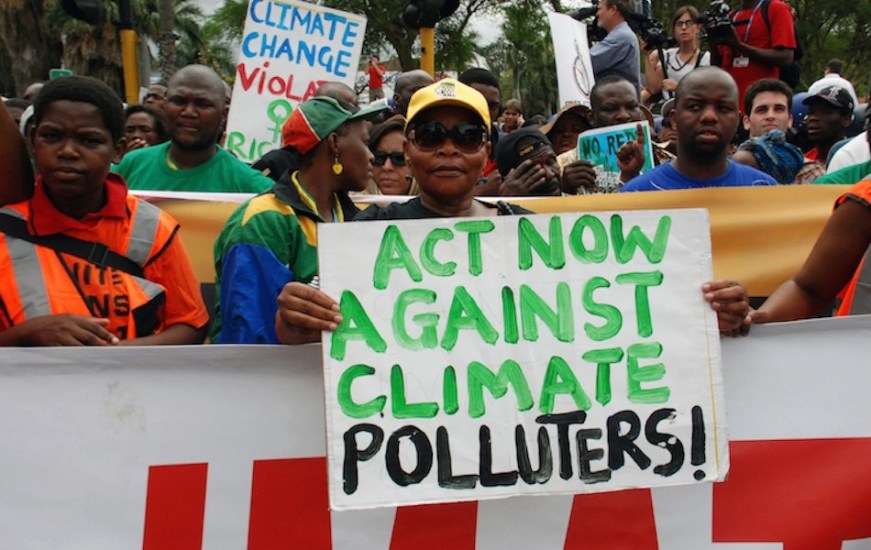 GJEP Note: Climate chaos claims more victims: Hurricane Ophelia which just brought havoc to Ireland and the UK, is the farthest east storm ever recorded at its strength.  Meanwhile, one week after intense flooding killed dozens in Vietnam, the country was hit by tropical storm Hanhun.  All this, and so much more that is going unreported is occuring less than one month before the annual UN Climate Change conference in Bonn, Germany will again discuss what to do about this worsening global catastrophe. 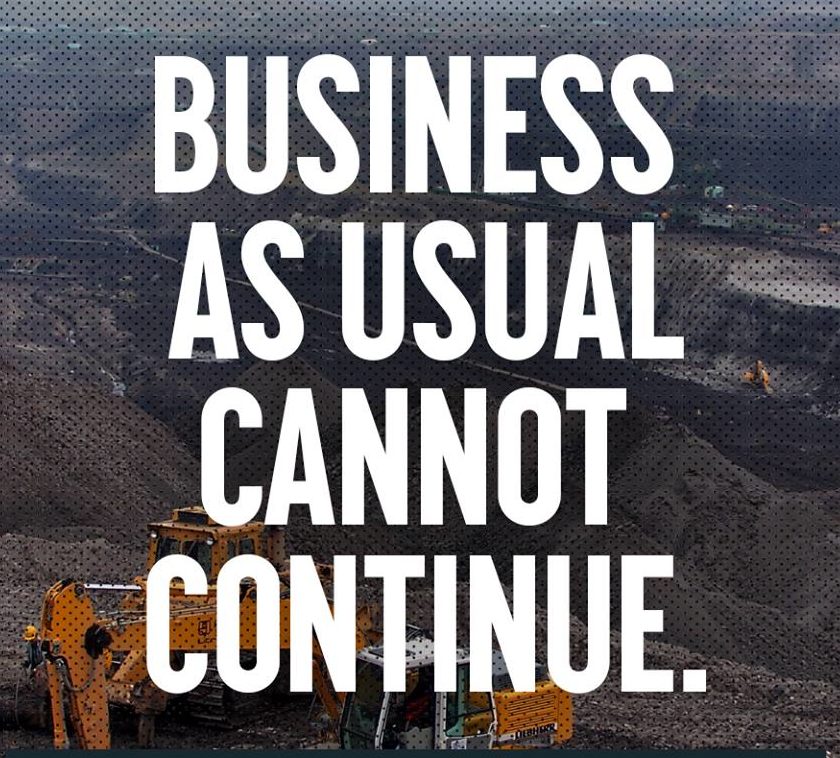 Unfortunately, as always, countries will avoid the real work of reducing emissions and focus on fake solutions like Bioenergy with Carbon Capture and Storage–a hairbrained and scientifically baseless scheme to turn trees into bioenergy and bury the leftovers, as a way to supposedly pull carbon out of the atmosphere when the trees regrow.  This site will be monitoring this problem and the work being done by groups like Biofuelwatch to counter these false solutions as the conference unfolds beginning on November 6th.

How a tropical storm pummeling Ireland and the UK is making wildfires in Spain and Portugal worse.

Yet another Atlantic cyclone this season is racking up major damage and a rising death toll, this time across the pond in a region that rarely gets such storms.

Hurricane Ophelia, now a post-tropical cyclone, is adding to an especially brutal few months for climate and weather-related disasters around the world.

In the United States, four major hurricanes — Harvey, Irma, Maria, and Nate — battered the East Coast. Meanwhile, wildfires have torched large swaths of forest and shrub land in the West. In Europe, storms and wildfires are now cheek and jowl, with the former feeding into one of Europe’s worst fire seasons.

Ophelia stands out because of its location and trajectory as the farthest east a storm of its strength has ever formed.

On Monday, Ireland was hunkering down as the remnants of Hurricane Ophelia were unleashing the worst weather the Emerald Isle has seen in 50 years.

“Ophelia is a very dangerous storm,” Ireland’s Prime Minister Leo Varadkar said during a press conference on Monday. “The last time we had a storm this severe, 11 lives were lost.”

So far, three are reported dead and wind gusts have topped 100 mph. Ireland’s electrical network operator reported that 360,000 people have lost power and that it may take upward of 10 days to get the lights back on for some. The country is also experiencing a massive storm surge that has topped coastal barriers.

Projections show that Ophelia is tracking farther north toward the United Kingdom.

“Ophelia will remain a powerful extratropical cyclone with hurricane-force winds while it moves near Ireland and the United Kingdom Monday and Monday night,” the National Hurricane Center reported in its latest forecast. “Individuals are urged to not focus on the exact track of Ophelia since strong winds and heavy rainfall will extend well outside of the NHC forecast cone.” 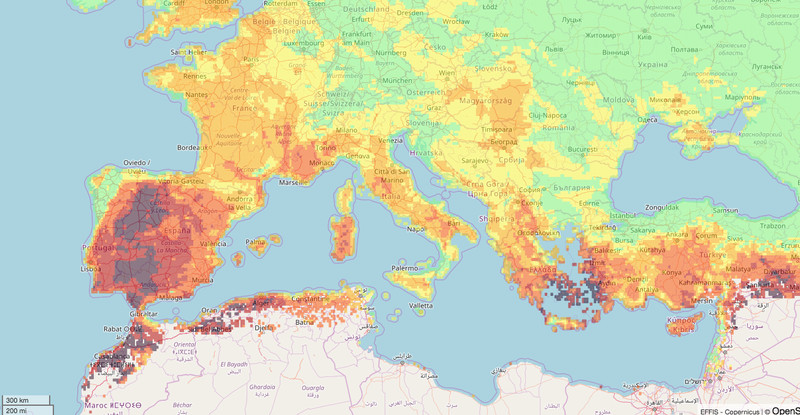 Weirdly, farther south, Ophelia’s storm winds are whipping up not rain but wildfires in Portugal and Spain, which have killed 30 people so far. Strong winds from the storm quickly spread flames that ignited over the weekend  along the Iberian coast.

These fires join dozens of other blazes across the Mediterranean region, adding to an already devastating fire season in Europe fueled by a hot, dry summer. Wildfires earlier this summer killed 62 people in Portugal.

Despite the onslaught of wind and rain from Ophelia, European forecasters still expect dry conditions favorable to wildfires to remain for several weeks.

Air currents from Ophelia have drawn up ash from these fires and dust from the Sahara desert, basking cities like London in an eerie red glow.

As with the ongoing wildfires in California, human activity ranging from forest management practices to deliberate ignition are exacerbating the damage from infernos in Europe.

Scientists have also found that climate change is increasing the risk of hurricane and wildfire damage in Europe. In a 2013 paper published in the journal Geophysical Research Letters, Dutch scientists reported that rising sea surface temperatures in the Atlantic are extending the breeding ground for hurricanes farther east.

“Our model simulations clearly show that future tropical cyclones are more prone to hit Western Europe, and do so earlier in the season, thereby increasing the frequency and impact of hurricane force winds,” the team wrote.

Meanwhile, the European Environment Agency projected a rise in the “length and severity of the fire season, the area at risk and the probability of large fires,” as average temperature rises this century.

Europe’s fire season has already grown from July through August to June through October over the past 50 years.