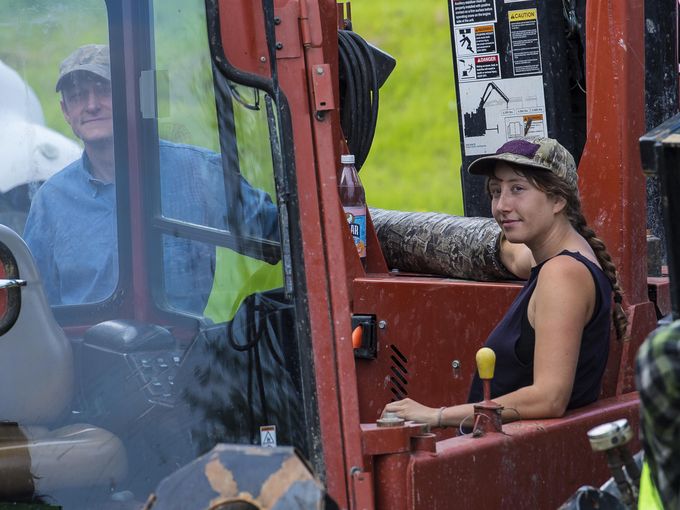 The Burlington Free Press reports that a group of protesters have blocked a truck transporting compressed natural gas in Addison, Vermont on July 7. GJEP staff and board members took part in the environmental gathering where this action was planned.

In a news release, Trans* and/or Women Action Team, or TWAC, said its activists will try to stop the delivery of fracked gas to the International Paper mill in Ticonderoga, New York, “to demand an end to the extraction, shipment, and consumption of fossil fuels.” TWAC said it is part of a wider effort by activists to take action against the transport of fossil fuels across the Champlain Valley.
Four protesters were arrested on suspicion of unlawful trespass. Read the full report here.