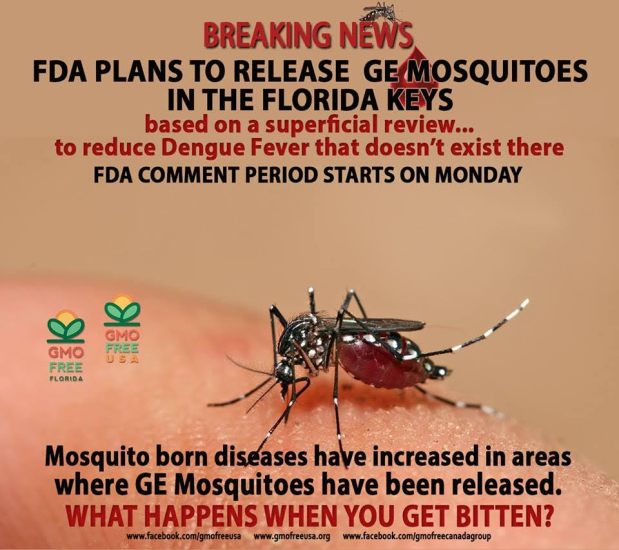 From the Say No to Genetically Modified Mosquitoes Release in the Florida Keys Change.org Petition:

Right now, British company Oxitec is planning to release genetically modified mosquitoes into the fragile environment of the Florida Keys. The company wants to use the Florida Keys as a testing ground for these mutant bugs.

Even though the local community in the Florida Keys has spoken — we even passed an ordinance demanding more testing — Oxitec is trying to use a loophole by applying to the FDA for an “animal bug” patent. This could mean these mutant mosquitoes could be released at any point against the wishes of locals and the scientific community. We need to make sure the FDA does not approve Oxitec’s patent.