Berta Is Dead, But The Movement She Started Lives 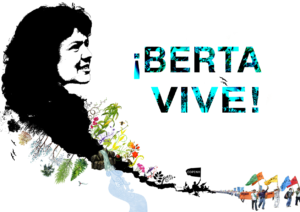 The Convergence of Popular and Indigenous Organizations of Honduras (COPINH) has defied all efforts over the past year, by the Honduran government and the DESA dam company, to destroy it. This past Monday, March 27, 24 years after Berta Cáceres cofounded the Lenca indigenous organization, COPINH hosted an anniversary celebration of rebellion and recommitment.

About 150 people from throughout Honduras and at least five other countries joined for a Lenca ceremony; a forum on challenges and advances; a concert; a film festival; and a humble feast of roasted pig, rice, tortillas, and birthday cake. The event closed late at night with an open-air performance of “Ancestras”, a new play by the Teatro Taller Tegucigalpa (Tegucigalpa Theater Workshop) about COPINH’s fight to defend the Gualcarque River, and structural injustice by the government and oligarchy.

COPNH has not only survived, it continues to serve as a source of inspiration for indigenous and other movements throughout Honduras and the world. As with Berta Cáceres’ life work, COPINH’s goes far beyond environmental defense. Its aim is to transform the political, economic, and environmental landscape of Honduras, and – in conjunction with movements elsewhere – of the world. 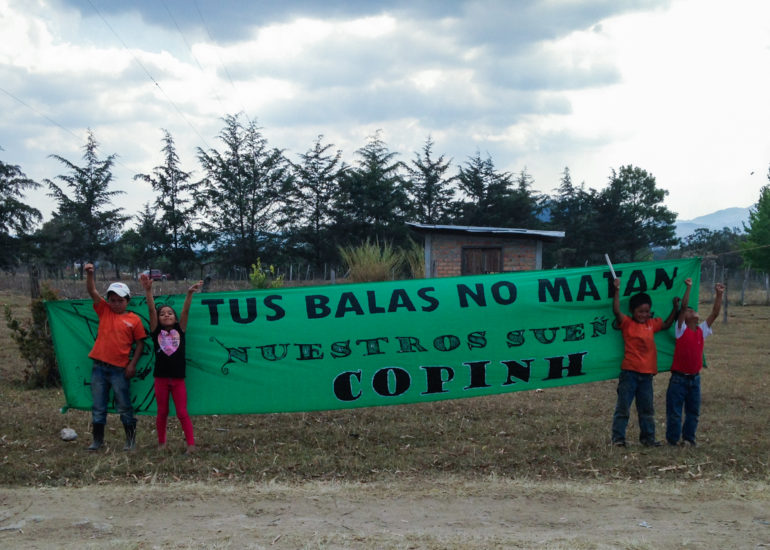 Gustavo Castro Soto, the director of Friends of the Earth-Mexico and Otros Mundos who was shot and almost killed in Cáceres’ home the night she was assassinated, said, “The death of Berta has not been the death of the struggle. On the contrary, it’s been a wake-up call.”

COPINH’s work is not only that of resistance and vision. It has achieved tremendous changes over the past 24 years. A few of these include: 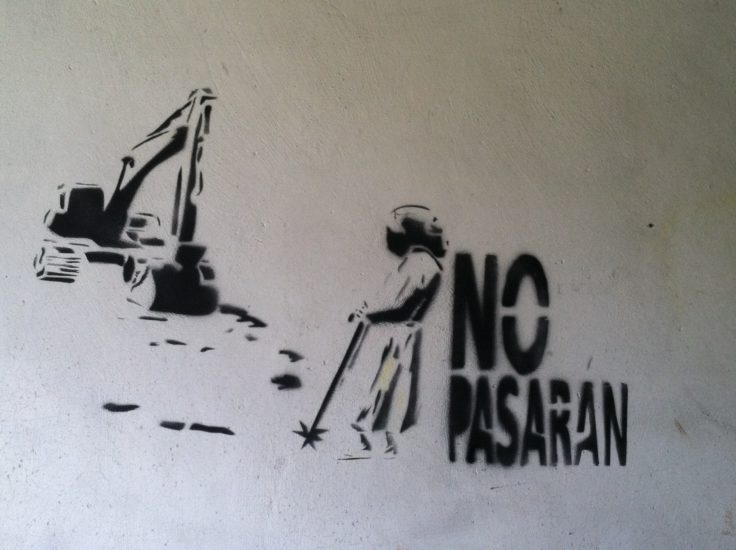 A wall in Utopia shows a Lenca elder stopping a bulldozer. Message reads, “They will not pass.” Credit: Beverly Bell

In the past six months alone, COPINH has:

On September 30, 2016, the State Department certified that government of Honduras is making improvements in human rights, thus allowing 50% of 2016 US aid to be released. (Please ask your congressperson to support the Berta Caceres Human Rights Act, calling for military and police aid to be cut until the Honduran government improves its record.) That was a flashing green light for the Honduran government to increase its brutality. Predictably, more murders, assaults, and arrests of indigenous and rural activists have followed. 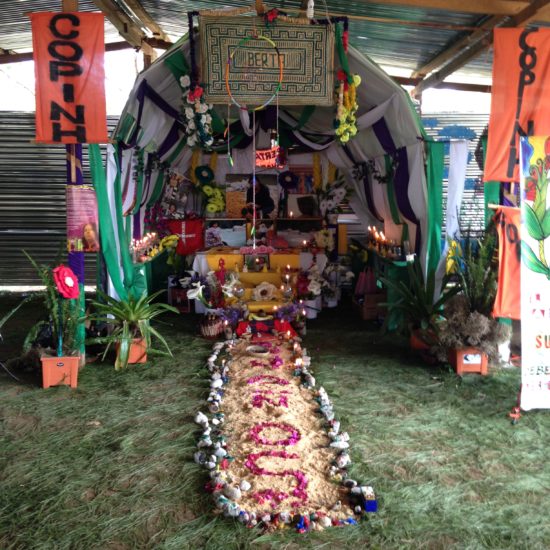 A new report by Global Witness shows that Honduras continues to be the most dangerous country in the world to be an environmental defender. Another report by Oxfam International, released on March 28th, explains how the government continues to protect the intellectual authors of Cáceres’ slaying.

In the past 12 months alone, beyond their visionary leader, COPINH lost members Nelson Garcia and Lesbia Yaneth. Coordinator Tomas Gómez Membreño survived six assassination attempts. Dozens of other members and allies have been attacked. Mauro Gomez, of the embattled COPINH community of Rio Blanco, is in his fourth month of political imprisonment, under the trumped-up charge of illegal logging.

Over COPINH’s lifespan, says Coordinator Gómez Membreño, at least 93 members have been killed, and another 90 or so have been permanently injured.

← Pipeline vs. Rail Argument a Trojan Horse for Oil Industry
Submit Your Comment on the Keystone XL Pipeline →