Godfrey Kasozi came to the University of California, Santa Cruz from Uganda to learn how to be an organic farmer. Much to his surprise, he was offered a tent at the UCSC Farm in which to sleep at night! 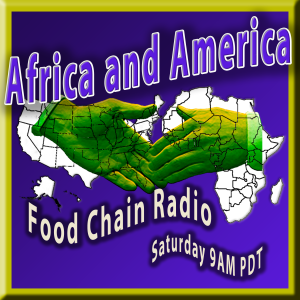 The kind of farming taught at UCSC was decidedly different than that taught at land grant universities throughout the United States. While the land grant universities taught an agriculture that relies on the input of money, UCSC taught an agriculture that relies the input of time. UCSC staff and students sometimes called their method, “French-Intensive Biodynamic.”

Though perhaps ill-suited to the scale of modern, industrialized agriculture, the French-intensive biodynamic method can make a lot of sense when the scale is reduced to that available throughout much of the world. What may not make sense with 1,000 acres may well make sense with one acre.

Equipped with his new knowledge of this very old practice, Godfrey returned to Uganda, where he now teaches thousands of fellow Ugandans how to farm organically on their small parcels of land, and thus survive and prosper in one of the world’s most strife-filled political regions.

In considering how what Godfrey learned at the UCSC Farm is being used to strengthen his community in Uganda, we ask…