Analysis of the Bolivia Uprising 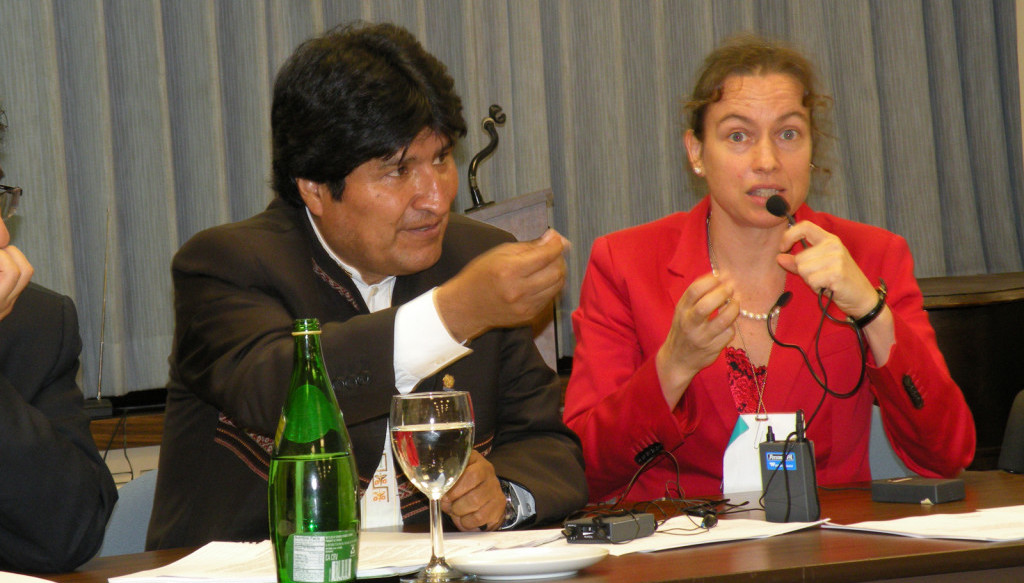 Evo Morales speaks to a group of NGOs in Manhattan ahead of the UN Climate Summit in Cancun in 2010.  Photo: Petermann

Bolivia: The Extreme Right Takes Advantage of a Popular Uprising

What caused the fall of the government of Evo Morales in Bolivia is an uprising by the people of Bolivia and their organizations. Their movements demanded his resignation before the army and police did. The Organization of American States sustained the government until the bitter end.

The context for what is taking place in Bolivia didn’t start with electoral fraud, rather it began with systematic attacks by the government of Evo Morales and Álvaro García Linera against the same popular movements that brought them to power, to the point that when they needed the movements to defend them, the movements were deactivated and demoralized.

The social mobilization and the refusal of movements to defend what in another moment they considered to be “their” government was what precipitated Morales’ resignation. That is made clear by the declarations by the Workers’ Central of Bolivia (COB), the teachers and authorities of the Public University of El Alto (UPEA), and dozens of other organizations, including Mujeres Creando, which has been perhaps the clearest of all. The Latin American left appears unable to accept that a considerable segment of popular movements demanded the resignation of the government, because they can’t see beyond the leaders (los caudillos).

To read the full article go to Toward Freedom.