Posted on February 4, 2020 by Anne Petermann 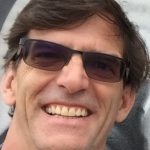 A mysterious bill regarding the development of a protocol for measuring “radiative forcing” as a climate action indicator stalled out in the California Senate last year. While legislative staff for the author of the bill have insisted that the purpose of the bill is strictly for promoting study and research of the climate, a close look at materials and stakeholders supporting the bill reveal a strong connection with climate geoengineering.

The bill, authored by Santa Monica State Senator Ben Allen, was introduced in February of 2019, and would explicitly require the California Air Resources Board “to adopt a climate accounting protocol to evaluate the potential of proposed climate mitigation and restoration actions to reduce radiative forcing and excess heat in the atmosphere to reduce the global and regional mean temperatures.”

The direct use of the bill language regarding climate “restoration” actions to “reduce radiative forcing” is unequivocally a reference to climate geoengineering. This would include geoengineering hypotheticals like Solar Radiation Management (SRM) – essentially unproven technologies such as injecting substances into the upper-atmosphere to reflect the heat of the sun away from the Earth.

The bill was sponsored by a handful of established atmospheric scientists, and with the lobby acumen of the prominent Sacramento firm Conservation Strategy Group the bill was able to advance through the Senate Environmental Quality Committee and the Senate Committee on Natural Resources and Water before it stalled out in the Senate Appropriations Committee, where it currently resides, and is likely to expire. Legislative staff familiar with the bill indicated that the bill is unlikely to advance or be reintroduced in the 2020 legislative session.