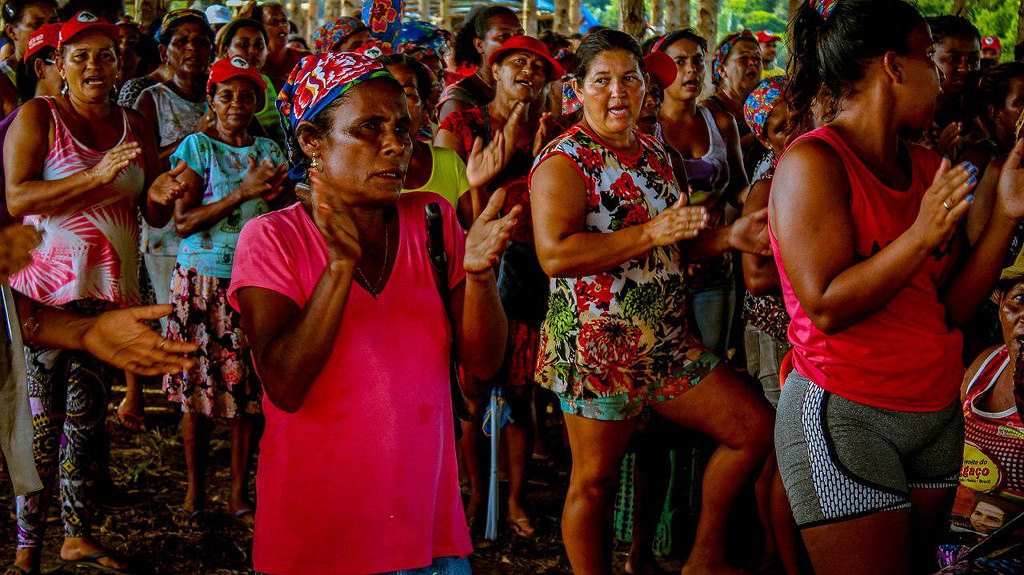 The National Day of Struggle of the Landless Women in the Extreme South of Bahia continues at full speed. After more than a thousand women protested at the factory of Suzano Cellulose and Paper on the morning of this Monday (5), in Mucuri, about a thousand women occupied, the same day, the farm Cielo Azul.

The farm, which also belongs to Suzano, is located in the municipality of Teixeira Freitas and contains more than 1.2 thousand hectares of planted eucalyptus. The area is an old claim of the MST.

In April 2012, the farm was occupied for the third time by Sem Terra, and the State and Federal governments committed themselves to settle about one thousand families, but the agreement was not fulfilled. This time, women occupy the area and are not expected to leave.

The struggles of women in the extreme south of Bahia denounce the environmental impacts caused by the eucalyptus plantation in the region, the water crisis suffered by workers in the countryside and in the city and says not the expansion of monocultures and GE trees.

With a camp set up inside area, Landless demand immediate expropriation.

According to Eleneuda Lopes, of the state MST leadership, the character of the women’s journey in the extreme south of the state carries with it the idea of ​​a permanent struggle against capital and, for this, it is necessary to intensify the confrontation with agribusiness.

“This year we are fighting against the neoliberal program of the Temer government that has handed over the riches of the people to expand the exploitation of labor, directly affecting our national sovereignty,” explains Lopes.

The occupation is joined by the various struggles carried out by the workers in every country, in the countryside and in the city, in order to stop the Michel Temer coup government (PMDB) and the political setbacks implemented from its portfolio. With the motto “Who does not move, does not feel the chains that hold him”, the action in Bahia denounces privatizations, violence, and unproductive use of land. 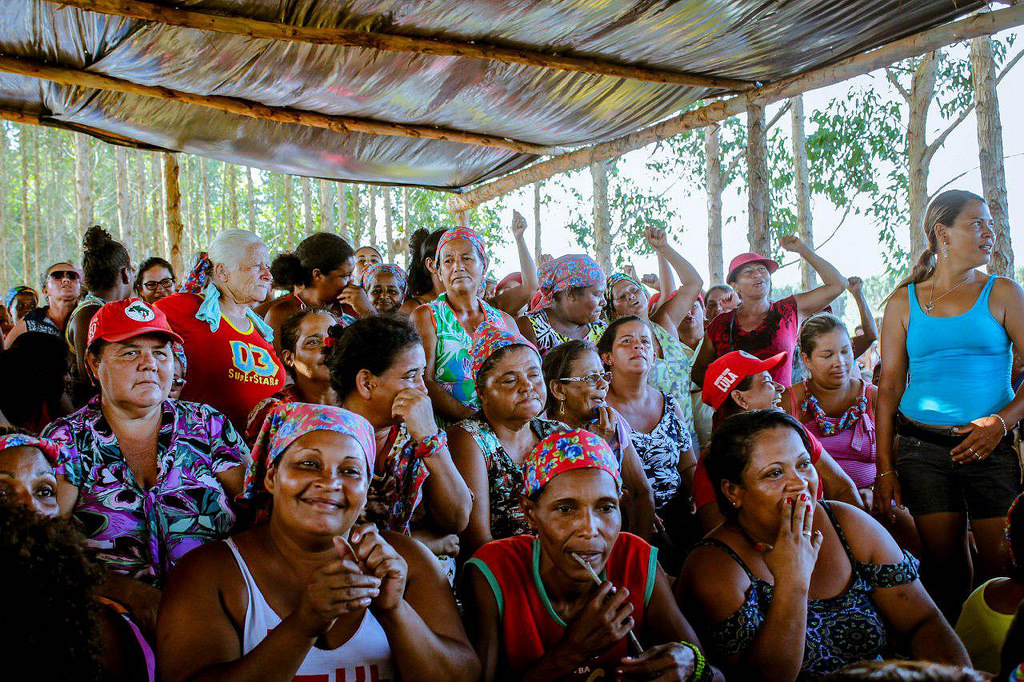