Our panel of speakers presented at the Maitreya Ecovillage in Eugene, attended by members of the village, Cascadia Forest Defenders, and more folks from Southern Oregon Rising Tide. The ecovillage uses alternative energy, permaculture, and community building practices to live a low-impact way of life. It was a superb place to talk about the the surplus of pollution GE trees will perpetuate when used for biomass.

In July of 2014, the Cascadia Forest Defenders, whom are based out of Eugene, organized an action against the Seneca Sustainable Energy Biomass Plant. The protest was held after the Earth First! Rendezvous which brought activists from all over the Cascadian bioregion together to say no to the biomass incineration of trees from places such as The Elliott State Forest and to call them out for falsely naming biofuel as a “green” and “sustainable” solution to climate change. Beyond Toxics, an environmental group based in Eugene, fought the proposal of the biomass incinerator for years and the action was a continuation of resistance after its construction. 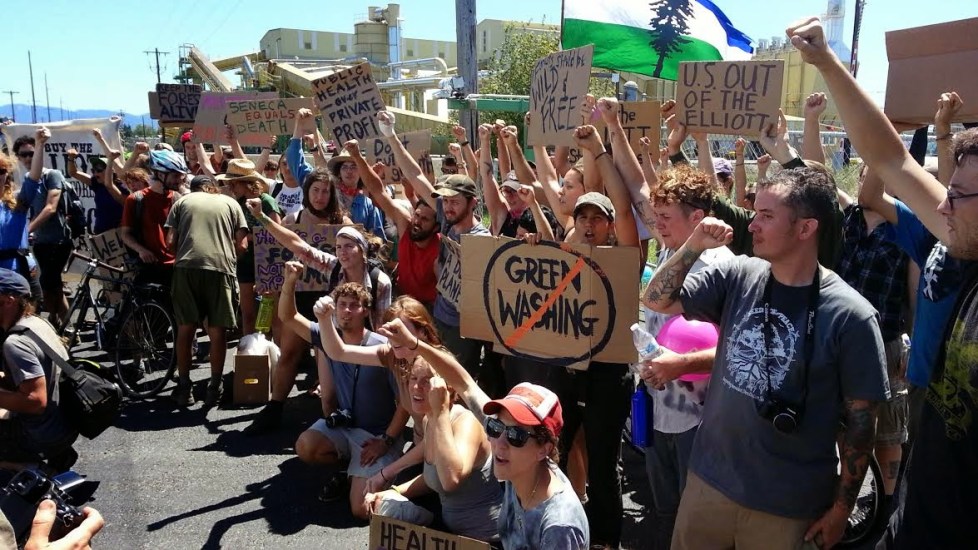 Forests all around the region, like the Elliott, are already being cleared and sold for profit. If the agenda to use GE trees in the biomass industry is pushed through, forests all over the Pacific Northwest are in danger of being cut at a higher rate to make way for more plantations which will turn into GE plantations unless stopped. The existence of genetically engineered trees, such as lignin reduced  and herbicide tolerant poplars, threatens the very wildness of these spaces with possible contamination. 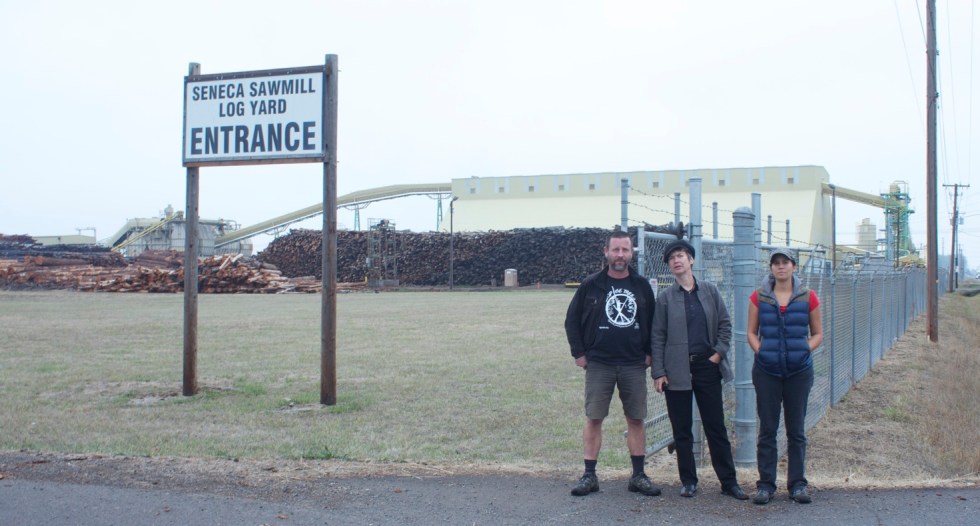 We visited the Seneca Biomass Plant for ourselves. This is Ruddy Turnstone, the Stop GE Trees campaign coordinator speaking outside the plant:

“We’re here at the Seneca Jones Biomass Incinerator Plant in Eugene. Its been polluting communities in western Eugene since 2011. Biomass incineration is why GE trees are being engineered in the Pacific Northwest and the southeast.”